Pic of the Day: You're Fat. 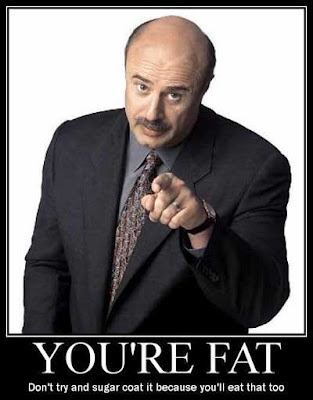 Found this while digging around for some wise-ass ways of saying "fat."

"Ground Sloths" would be a great name for an all-fatty speed-metal band. Or "Fatallica."
Posted by JW at 10:47 AM No comments:

Something just woke me up...

I felt a great disturbance in the Force, as if millions of voices suddenly cried out in terror and were suddenly silenced. I fear something terrible has happened.

Then I realized: It's just the second day of "Star Wars Episode I: The Phantom Menace" showing in 3D.

Just one more dimension of suck! :)

"Parodies" tag is for what Luca$ has let "Star Wars" become. I've only seen this one all the way through twice--once in the theater, once a few years ago during a marathon of all six.

That first one was rough, man; I left the theater feeling numb, trying to convince myself that it hadn't been so bad, even with the fart jokes and horrible acting and the CGI idiot who will not be named. The visual effects were very pretty.

Then, the second time, I saw that I'd been right, and that this was just a steaming pile of utter crap. The fart jokes and horrible acting and that CGI asshole who won't be named pretty much killed it. The visual effects were still very pretty, but I remember a time when Luca$ (there really ought to be a cash register bell "ding" every time you see that)...when Luca$ (ding!) said that special effect should never, never, never ever get in the way of telling a story.

But then he started making lots of money and people stopped telling him "that's a stupid idea, Luca$ (ding!)." He started losing it about the time of "Return of the Jedi" and the third Indiana Jones; that's when the childish humor and slapstick started.

Right about here I'd have made a "Before the dark times...before Luca$ (ding!) lost his shit" sort of Star Wars reference. I don't do those very often anymore.

I saw all of the new movies in turn. They did get better, the way a rash gets better once you get away from the poison ivy and stop trying to swim in it. By Episode III, Luca$ (ding!) was playing it a little more serious and trying to hump the story around so that it might mate up to the originals. This was a far better movie than either of the other two, but I've still only seen it two or three times--"better" doesn't mean "good." Acting, dialogue and plot needed a competent hand, not Luca$ (ding!).

Then there's that fourth Indiana Jones flick, the one that managed to suck worse than Episode I. The convenient lead-lined flying fridge, the supposedly psychic Russian, the Tarzan yell...this one I've only seen once, and I mean it to be the last.

Since I left the theater that evening in 2008, angry in the wake of "Jones" instead of numb, I've avoided Star Wars and Jones movies. Nah, it's not because I was traumatized. I'm just done with Luca$ (ding!) and his horrible movie-making.
Posted by JW at 6:04 PM No comments: